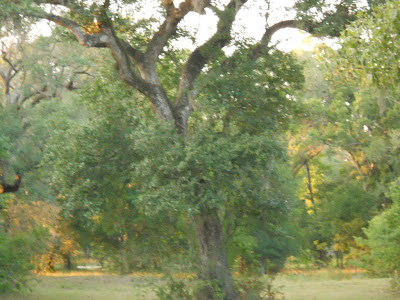 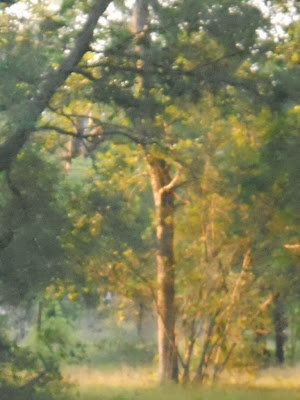 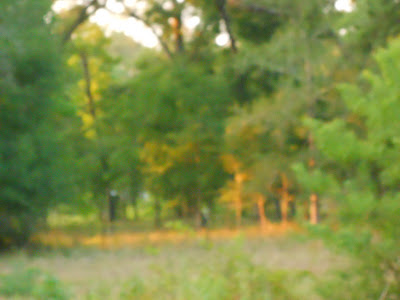 And now the purple dusk of twilight time steals across the... meadows of my heart.....


This song carries such sweet memories for me, I would listen to this song when we lived back in the suburbs as I would drive the girls to Mrs. Blount our sweet piano teacher in the small town on the other side of the country...almost an hour away from the suburbs we had moved to. The song is from one of my favorite cds. 'Love is the Thing and More' by Nat King Cole. I sure miss Mrs. Blount. She is with the Lord now, I wonder if some way some how she knows I'm back and that I miss her? A great cloud of witnesses.

This is the song that is on my mind in the evenings here in the country. I go outside and stand still and just look all around so still...I see pools of golden sunlight, many times among the other beautiful colors the Lord uses in His glorious handiwork in the evening, brilliant oranges, lavenders and yes...sometimes purple...Fanciful glimpses of cotton tail rabbits....a family of deer, the mother, father and baby fawn can be seen after the doglets go in. The deer family also have been appearing in the morning hours as well. They know the humans who live here in our home won't hurt them I do believe. I'm so thankful my husband has never been one to hunt for sport.

After supper as I recoup I try to go outside and enjoy God's handiwork. I can't thank God enough for bringing me back home, this very piece of land I had always admired but never thought too much about either, I had always thought it to be unobtainable. God sure knows what He is doing.

Here's a couple of funny stories from yesterday. Think Mitford. 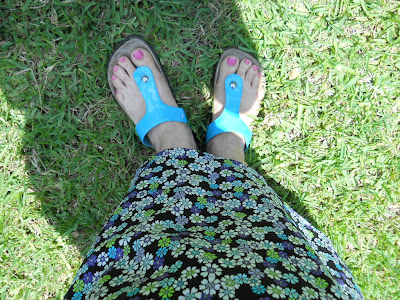 Yesterday. Thursday. 6.16 Marianna and I took a quick trip to Little Town...I so love that...

I'm still recouping and thanks so much for your prayers! I thought a quick outing would be nice and do me good.

We stopped by the old 1920s jewelry and gift shop, Mrs. Donna Ruth even has a bridal gift registry there for Lenox china as well as her vitamins she takes, B12, B6 and folic acid etc.behind the counter I suppose so she won't forget? It's cute. Near the counter where she keeps her vitamins next to the phone, is the entrance to the stockroom, above the entrance is a very old studio 16 x 18 photograph of her parents, the original owners of this most wonderful jewelry store establishment. You see, Marianna needed to talk with Donna Ruth about teaching piano. Donna Ruth's great grand-daughters are needing a good piano teacher since Mrs. Blount passed away. Donna Ruth was married to Dr. Lawrence the local vet, a sweetheart indeed. Donna Ruth grew up in Little Town and tells us all about the area, once an oil boomtown complete with theatre still standing. Donna Ruth offers candles and gifts as well as jewelry, and she still gift wraps by the way. Wouldn't it be something if Marianna now teaches in Mrs. Blount's place? The little Marianna, one of four of my girls who loved Mrs. Blount just a grandmother? The Mrs. Blount who held my Baby-Rebecca like her own grandchild? As I said before, God sure knows what He is doing.

The funny part: Marianna and I were peering into the showcase there in the old jewelry store, the floors are made from an old terrazza, we are looking at some beautiful hair combs with crystal trim....A sweet older man wearing big glasses in blue jeans came in the store as the bell on the door, ting-a-lings. He could tell we were trying to find the price on the combs through the showcase glass. We were looking under and over the glass almost standing on our heads! He tells us:

"I don't know how long y'all have been around here but a long time ago we had a store down the street, Ms. Mary's store...She had a Store Closing Sale. Her "store-closing" sale lasted FIVE years!" He laughed and slapped his leg and said...."It worked too!"

But I think this story is even funnier....

Marianna and I went to the local Barbecue restaurant in an old tin building, she wanted to treat me to a good ol' brisket sandwich.

We were listening to all kinds of conversations, several tables of older men...a few young ones. Some workers, some retired, talking of how to preserve the town and stop tearing down nice buildings...And about that Clem, and what he tried to do in another town. (The sister town where we're from!) Who is Clem anyway? ; )

Marianna makes a funny remark about the boxes of used books for sale for 25 cents, she says this place is better than Barnes & Noble, food and books!

You must know that above the boxes of books on the table are at least half a dozen black and white old veteran's photographs beautifully framed, one an awesome pilot's photo, pilot's glasses and all. Beautiful. Not only were these beautiful photographs but the soldier's medals were framed with a brass name plate under each.

Finally after smiling, listening to the conversation next to us...Marianna tells me about the 'Christy' book by Catherine Marshall and how Christy was her mother, not grandmother. What am I reading? she asks....

I'm reading... 'Lo, Michael!' by Grace Livingston Hill. (here it is online if you want to give it a try btw) or here. I have a very old hard copy, I just love things like that...I love to think about the hands that once held the book. Some of my GLH books have very old inscriptions in them and that makes them all the more special. Thoughtful gifts of yesteryear.

So I'm animatedly telling Marianna the story of Michael how we was raised in the streets and how all the street children took care of each other. Michael never knew who his parents were and how everyone called this baby, this child, Michael, after the archangel because he was such a beautiful child. I tell Mar. how the banker's little baby was going to be shot by a drunkard. The bank had closed and people were so outraged at the luxury the banker still lived in...and little Michael took the bullet as the nurse maid stood with the ermine hooded baby in the stroller. The banker loved Michael so very much as his own son after saving his baby's life, he paid for Michael to go to private school so Michael promised his little family of friends he would come back to take care of them.

When Michael came back, his street friends were in prison, dead, one whose legs were both cut off by a train and the poor boy died in the hospital by himself...The other in prison. His best friend, Sam was a thief...And Michael is still such a beautiful young man even men turn to look at this heavenly being.

Michael does come back and keeps his promise and is even beaten in the street as he tries to help the other street people he had come from ...

...And the way he walked out of the mansion with such dignity and grace when the banker's snobbish wife forbade him to see their daughter...Oh that Michael. Wow. What a gem.

He has an apartment and keeps it clean with a red posy flower, he invites little poor children to see his posy and teach them how to care for plants and the ways of the Lord and he also invites Aunt Sally and the lady who sews buttons on vests because he sees she needs light to sew in. And of course, Sam his former childhood friend who he is helping. Michael wants to become a farmer and the rich banker gave him a small farm never claimed by a deceased farmers family...but Michael also wants to be an attorney....and so does his guardian who loves him so...

I look at the table of men over the right of Marianna's shoulder and it was the cutest thing ever. They were spellbound by my story of "Lo, Michael!" It was so adorable...You would have had to have seen it. One of them looked much like a silver-headed version of the former preacher character who travels in the truck with the Joad family in the 'Grapes of Wrath' movie...He was looking wide-eyed at us holding his sandwich up to his face listening to this story along with the entire table of men. I think they they may have thought Michael was a real person!

Blessings to All from God's Country, near to Mitford. Do any of you have a Mitford nearby? Or any Mitford stories to tell?

Amelia, this post sounds like Harper Lee's "To Kill A Mockingbird"! I was fascinated by how you wrote it. "Maycomb was an old town, but it was a tired old town when I first knew it. In rainy weather the streets turned to red slop; grass grew on the sidewalks, the courthouse sagged in the square..." Little Town so reminded me of this page 5 in the little paperback that won Harper the Pulitzer and Academy Award.

Oh, and I still swoon when I listen to Nat King Cole. Are we cut from the same cloth?

Love to you,
Jane BG

Oh Jane,that is one of my favorite parts of "To Kill a Mockingbird"! I love it...And I love your precious and most encouraging comment to me Jane. Thank you. Thank you so very much, it is the Lord's perfect timing when you left the comment...If only you knew! : )

Thank you so very much Jane! My family was amazed as well when they saw your comment, the timing was totally the Lord.

There is something about Nat King Cole's voice, I just love it. The Lord used the old cd many a day and still does to minister to my heart. I also love "Stay as Sweet as You Are" as well as others on that particular cd.

With love to a most kindred spirit! You are such a dear, ~Amelia