What Kind of Religion do we Have? *big smile* And Some Wonderful Things to Share!

One of our family's very favorite movies.  Sergeant York  (1941)

This is just one great scene:

After my last blog entry the movie, Sergeant York came to mind where he is talking to the Pastor played by Walter Brennan on his conversion to Christ, (another scene later on):

Pastor Pile:
Alvin, you've got the doin' kind of religion, not the meet'n' house kind.

I can't seem to find that particular clip!

...but I found this one most touching one that never fails to give great pause and touches my heart.


Just beautiful I think.  Do you know that the part of Gracie, the sweet girlfriend and later wife of Alvin York is played by Joan Leslie?  There was another actress slated to play Gracie but what I understand is that the real Sergeant York did not want an actress who smoked, drank or cursed to play his wife.   Thus Joan Leslie one of my all-time favorite actresses played the part and what a wonderful job she did.  Look up the bio of Joan Leslie if you like, it's an interesting one.  She married a doctor she met at a hospital when she was visiting a relative, the doctor was tending her relative.  The couple later had twin girls.  Joan Leslie and her husband later built a home for unwed mothers among other wonderful charitable things.

Some churches are like the above clip, humble but beautiful, some are beautiful with greatness built by the hands of craftsmen but both churches may be saturated with the love of Christ, true hearts for Christ.    I've seen both kinds of churches and ...both kinds of religion in either.  I bet you have too.


Many churches that were once very godly have become a bit liberal in not such a good way, as in not pleasing to God, they are espousing some things that are just..not God's character nor His Truths.

I personally cannot attend a church where I sit in the balcony and peer down to see a pastor's wife who is so liberal she blocks well-meaning people who gently challenge her liberal tweets.  Yes, that happened.  It's a shame, the cathedral was one of the last of what I would call an old-fashioned more Wesleyan church.  It was one of those places that when you walked in, you could sense the Holy Spirit. I remember going in the ladies room and seeing an evangelical non-denominational Bible study book by a women's purse, people brought their Bibles, I would see precious Chinese families in the balcony that knew us from the Chinese mission in the medical center to reach out to the medical establishment from China.  It told me much as well as much as one of the older men, a most precious leader coming out to me to meet me, to make sure I was not standing alone. He stood there humbly, near my height with a sweet bald head and a subdued but oh so sweet and sincere smile.  He simply said, Hi, I'm Charlie.  It was one of the few churches that you might have a person of means sitting next to a homeless person in unity worshipping God.

So much godly history there...  Jem and I stood in the balcony of that great cathedral the first time attending and both of us had tears running down our faces.  I used to love sitting across from the stained glass window of Jesus with his lambs.  ...Because I am one of his little lambs.

My parents were married in the chapel and my daughter and son in law were married in the cathedral.  The pastor at the time, Pastor Wende was such an encouragement.  The first time I met him I was going through a tumultuous time, Marianna and Michelle were in China teaching English.  He shook my hand and said..."Thank you for that Holy Ghost smile!".  His wife seemed to be such a precious soul.  Once when our entire family walked up to the balcony on Mother's Day, she too was sitting up there with her grown children.  She smiled so sweetly, stood up and offered us their seats.  When Michelle and Josh counseled with Pastor Wende before the wedding he would look out that downtown window, hearing from God and then would speak truths to Michelle and Josh.  Michelle told me how exact he was in what he told them.  Well, one day maybe we will meet up with those sweet people and become better acquainted.  Are we just alike?  I doubt it, but I like sweet people who act like Christians should act.  ...I'm funny that way.  ; )

I have one regret about my last blog.  And that is that it was not detailed enough, I was trying to hurry and not be overly detailed and then I lacked in detail!  Aaargh. I hope I did not give a wrong impression of anything written. We can only edit so much after something is posted.   I was shocked when my husband said after reading the blog..."You aren't detailed enough."   Normally I feel too detailed.  As my dear mother has always said...It never pays to get in a hurry!  She would always say that when she would make a mistake of some kind, dropping something or getting the wrong item at the store.

So I suppose I'm needing a balance of not being in a hurry, nor over thinking things.  I want this blog to be fun to write, fun to read, insightful to write and insightful to read.  I want to live my Christian walk here.  Live the Life.

Now for a Plot Change!

We have a wonderful thing going on!  That daughter and son in law who were married in that century-old cathedral almost several years ago?

They are expecting a little one!  Our first grand-baby!  Yay!   This is especially a Praise the Lord because Michelle had been fighting serious health issues, showing up soon after marriage. Talk about a trial, oh those poor two young people!   My mind at times would be so saturated with everything going on I just didn't know what to think or do.  Thankfully, God in His Mercy intervened and Michelle is much better now.  Thanks be to God!  Michelle has a wonderful natural Christian doctor, Dr. Peter Osborne who you may have seen and will see on PBS.   Michelle was interviewed and filmed for one of the upcoming documentaries.

I love Josh like a son, he was there at that far away hospital when my dad was dying, he held me against his chest as I cried.  Michelle is not only a daughter but has become a sweet friend to talk to,

We are very blessed to have four precious adult daughters and two wonderfully precious sons in laws (loves).  More blogs are to come!

Sweet little Baby, we love and welcome you!

You must know, I love to sew.  I love to design clothes, I have fashion illustrations I have done.  I could (can) do them free hand and now I'm in the season I can bring them to life. I can dress the way I like and when you're middle-aged you can tell the world you got this.  Ha.

When I go to the store and see patterns and fabric it's like a child looking at the coloring books and colors!  It really does feel just like that...  Remember those times?

So I recently saw this pattern when Jem and I were in a rural town Walmart. 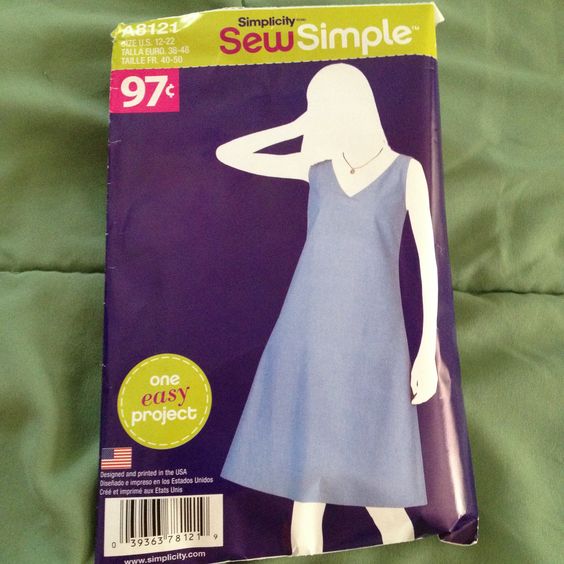 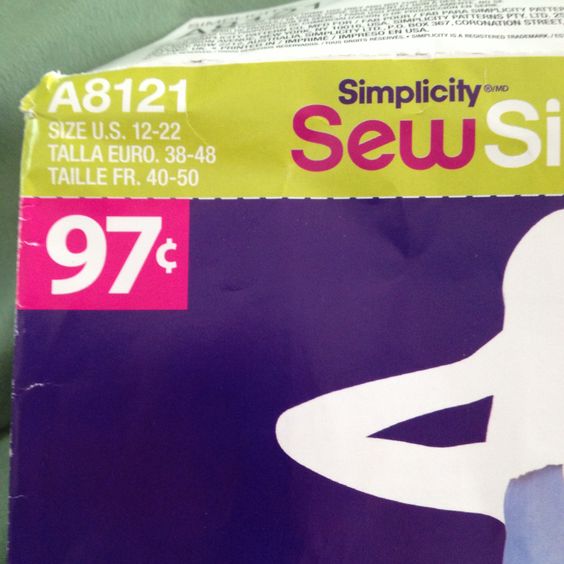 I thought to myself...Hmm... That would make a mighty fine maternity dress for Michelle with a little tweak.

I just happened to have some burgundy poly/cotton broadcloth on hand that I was going to make a fall skirt with but nah...I like the idea of a maternity dress for Michelle better.  So I told our other daughters that I would gladly make them something too if they would let me know.  I'm fair like that...  ; )


So here we have a new maternity dress for Michelle!  I just tweaked it a tiny bit, coming straight down on the sides below bustline and then straight out at high waist on out to the largest size.  I ended up making the hem in back one inch shorter.  Took shoulders in one inch to petite it a bit.  It's a little on the low side but next project I can fix that.  She loves camis so that will work!   This dress with pattern probably cost under $10.00 to make. 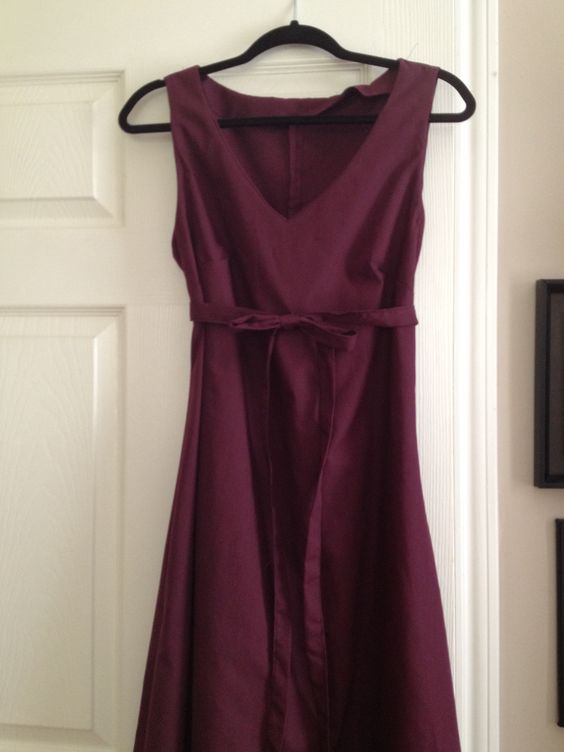 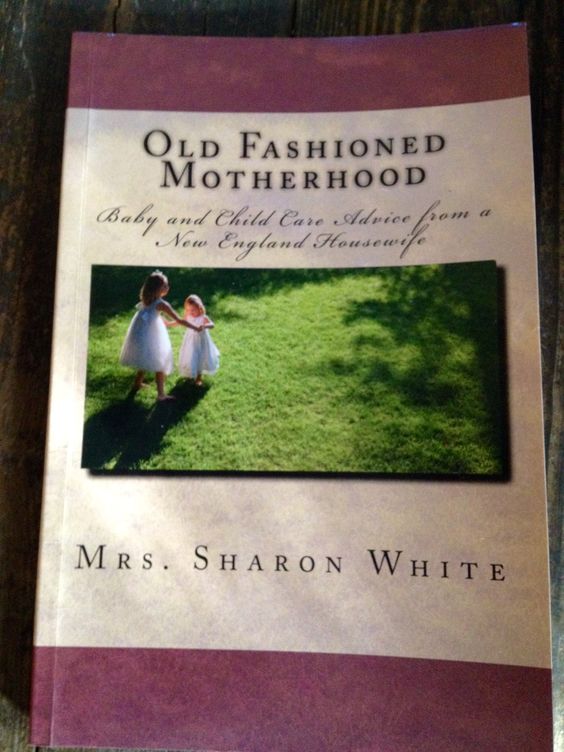 What a sweet little book...  I bought this for Michelle and read it first.  So refreshing!

There might be minute teensy micro-differences such as Mrs. White might have used vaseline and powder for diaper changes, I used Desitin, she bathed her little babies every evening, I didn't, my babies were pretty much given a mini sponge bath every time their diaper was changed!  *big smile*.  This book is steeped in sensitivity and godly wisdom.  Lovely!   It really gets to the heart of Motherhood and I love that...I wish all parents, as well as grandparents, could read this book.


In closing...A shot from the other night front my front porch... 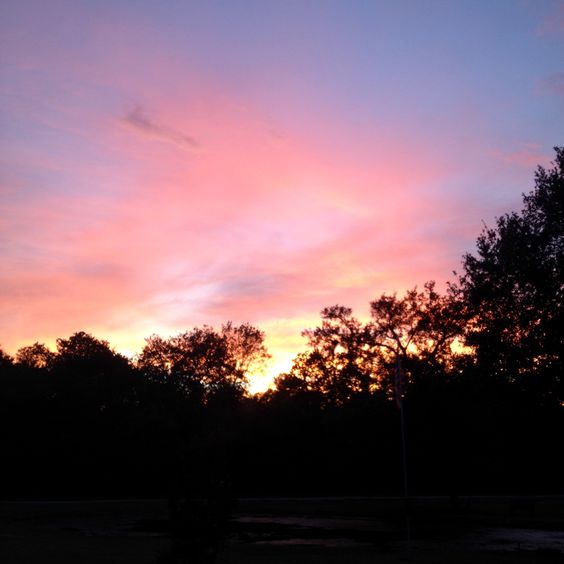 Life is not intended to be simply a round of work, no matter how interesting and important that work may be.  A moment's pause to watch the glory of a sunrise or a sunset is soul satisfying, while a bird's song will set the steps to music all day long.


The wonder of our Lord is that He is so accessible to us in the common things of our lives:  the cup of water...breaking of the bread...welcoming children into our arms...fellowship over a meal...giving thanks.  A simple attitude of caring, listening, and lovingly telling the truth.

God's peace...is far more wonderful than the human mind can understand.  His peace will keep your thoughts and your hearts quiet and at rest.

Closing with this most beautiful and annointed song....Peace to you.


I heard an airplane rumble across the sky this evening...I think of my dad.  I miss him.