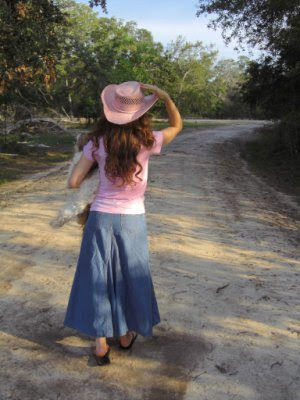 It all started last year....Mr. Black. His strong country bass voice barrelled to my Realtor husband out in the country on a listing appointment...an appointment from the Lord. You think you can get yer wife to move back out here? I have some land for sale, are you interested? We found out soon it was one of his favorite pieces his father hunted on way back when, probably during the 30s. Their family home still has a surrey house out front in the nearby town.

I remember when we lived there I would drive by that piece of property and inquire to my Realtor husband, how about that piece? My husband would shake his head and say, it's too much land, too much money for us to spend. The Lord made things possible ten years later. The Lord has miraculously brought this land to us.

Actually you see, the Lord had been working on my heart for months even a few years prior, even through blogs and such I would see people's blogs who lived in the country and I would find myself longing to be there in a place like it.

I prayed and pleaded for an answer from the Lord whether we should purchase this offer of land from dear Mr. Black. The Lord would use Bible scriptures and still does daily along with the devotional, Jesus Calling. He used the book, Last Child in the Woods even. It was as if the Lord was speaking directly to me as I had that aha moment upon reading Last Child...I had remembered that book from several years prior from a family vacation in Tennessee, I had eyed the book at a state park gift shop and had always remembered that book. Last summer I waited for a month for one of our local libraries to get the book in and just drank it up upon receiving it.

One day I noticed that American Family Assoiciation was showing this dvd in entirity for free on their site, A Journey Home. I had no idea what the little movie would be about but my first thought was...If this little movie has a family moving to the country I am going to fall over! Well if you see the clip you will see I almost did fall over! Another confirmation from the Lord.

You see twenty years ago we lived here in this very same suburb, a nice suburb with trees and such. I had a what I thought to be a lovely group of friends and my three little dolls, Lea, Marianna and Michelle. We had longed for the country back then, had began homeschooling to the consternation of our church and even lost "friends" because of our decision to homeschool which was equivalent to building an ark in our backyard. That was 20 years ago.

We moved to that country fixing a ranch home up, bearing a baby there in that area. To add to the pioneer spirit I delivered my fourth baby girl doll, Rebecca at a birth center, an outdated looking place with a team of caring midwives. I was going into premature labor and my traditional ob/gyn totally dismissed it...as I complained of cramping. The Lord in His mercy led me to the birth center, it did not make sense in the world's eye to go from what many would consider a nice hospital setting to an old brick office with a wooden sign in the front. As I went to the birth center for a complimentary visit, the midwife was shocked to find me dilating at only four months of pregnancy. These women prayed for me as I was on bedrest for five months and then delivered our beautiful robust nine pound baby girl. Dr. Ron Paul would have been my new ob/gyn to take care of me if I would have been transported to the hospital in that new location. It's nice to see a man who backs the liberties he speaks of.

We later moved to what we created as somewhat of a white tree house down the street from the original ranch house we had first fixed up and then from it and back to the suburbs. We had been out in the country for around ten years at that point. My heart was so very torn, but I tried to console myself with the thought of my husband working at home, and perhaps it would be nice to be back with the old friends I once had when we all had babies.

You can imagine what a shock it was when we returned to the suburbs only to find out I had grown closer to the Lord in the quiet of His creation, and many of those who were surrounded by the hub-bub seemed to be somehow affected by it all, it wasn't the same. We no longer had the same hearts, even in homeschooling, goals had changed... and throughout the years here I have come to the realization that my heart is perhaps home in the country. Yes. I long to go back to the simple times and bring our four daughters back to the serene life we had there before it's too late.

So I sit here this evening...Looking at farmhouse plans, and as I long more for the country I become less and less picky about the house plans, my main request is a large kitchen for cooking and canning and all the things that entail a country lifestyle, working with my hands. I'm thinking of delightfully dirtying my hands in the garden, hearing birds sing once again. Perhaps a quirky neighbor and backwood folk every now and then. That's okay. Maybe it will be nice to be around people who no longer care what car or truck they drive, and they too will think a maid is something of a luxury other people have...And people open their windows in pretty weather.

I miss my little town I grocery shopped at, these super centers have never set well with me. I miss the old gas station and Mr. Meador who had fixed my tire and has gone to be with the Lord since. I miss the old neighborhood in the nearby town where my little girls took piano from precious Mrs. Blount, my friend and confidant'. She is also with Jesus now. The old jewelry store there owned by the country vet's wife, they had the greatest gifts ever in that old jewelry store. I can hear the steps of my feet now walking in on the wood floors. I even miss the Dollar General store in the little town, it was the best in the west. Never another like it.

Here I am, polka-dot rubber boots and all....here I am Lord. I'm coming back home to the peace and quiet.

There was a child went forth every day,
And the first object he look'd upon, that object he became,
And that same object became part of him for the day or a certain part of the day,
Or for many years or stretching cycles of years.


So I begin our journey here today. There will be more to come, and my prayer is that it will not only chronical our lives but the glory of the Lord and His faithfulness.
Posted by Amelia at 9:04 PM

what a wonderful post! Laura Ingalls Wilder once said, "It is the sweet, simple things of life which are the real ones after all."
God Bless